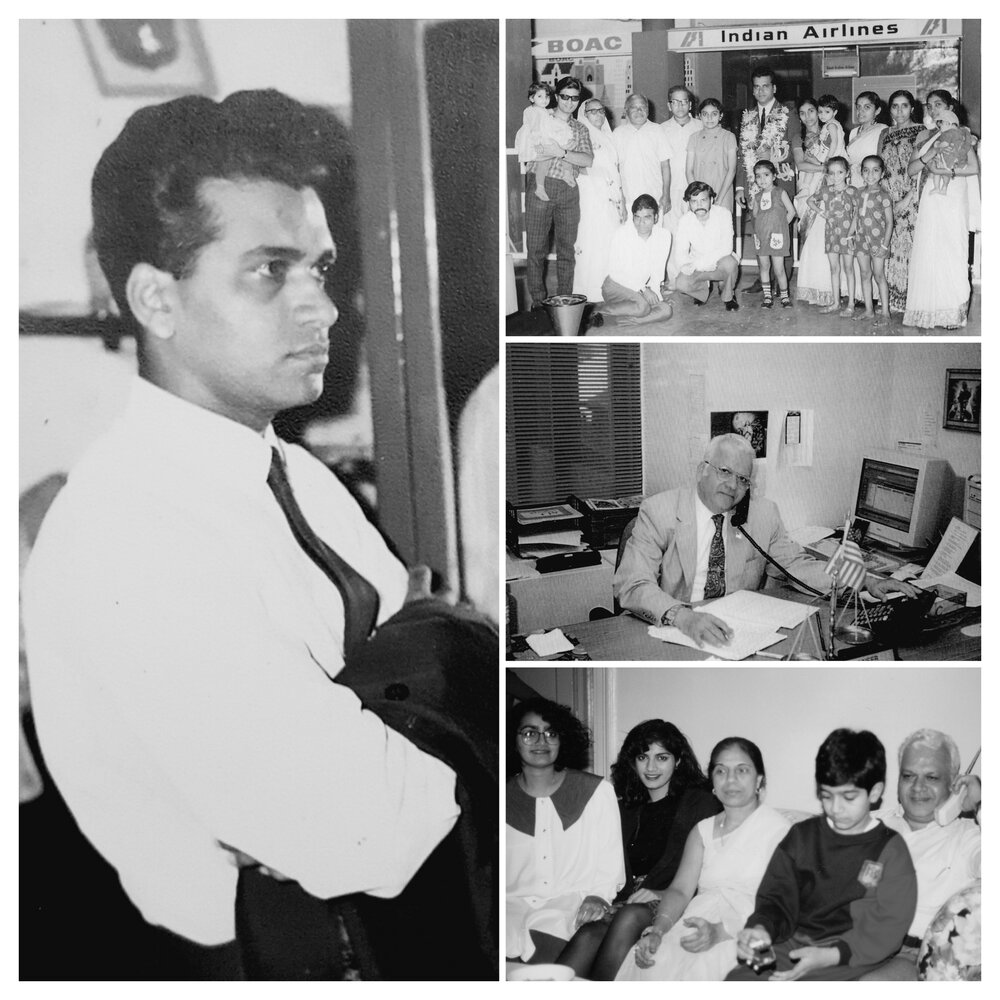 Please share a memory of Bipin to include in a keepsake book for family and friends.
View Tribute Book

In Loving Memory of Bipin Engineer

It is with great sadness that we announce the passing of Bipin Engineer.  He endured a very difficult health battle over the last four months and passed away on November 1, 2022.  Bipin possessed a very strong will, and fought bravely until the end.  He is survived by his wife, Ratna Engineer; daughter, Bhavna Engineer-Co and her two children; son, Manoj Engineer; and the four children of his late daughter Dipti Engineer.  Bipin was a devoted husband, father, grandfather, and friend to many.  Our family is heartbroken that he is no longer with us, but we will carry on the memory of his life, love, and compassion.

Bipin was born on May 2, 1938 in Surat, India to Narandas and Parvati Engineer; where he grew up with his five siblings.  At a young age, Bipin worked very hard to provide for his family by working at local textile mills while also attending Law School.  Bipin married Ratna Engineer in 1966 and they later had two daughters, Dipti and Bhavna.  Striving to provide a better life for his family, Bipin went to the United States alone in 1972 and worked hard to establish a foundation in the country.  In 1973, Bipin brought Ratna and his daughters over to the U.S. and a few years later they welcomed their son, Manoj.  Bipin worked very hard as a Life Insurance Agent to help working families prepare for times of need.  He passed the Bar Exam in 1991 and worked as an Immigration Attorney, where he helped the local community greatly.  In 1995, Bipin became a Law Judge for New York State, where he oversaw thousands of cases for people in need.

Bipin loved his family deeply, enjoyed the company of his friends, and always helped others that were less fortunate.  He believed in volunteering, charitable work, and helping the underprivileged in his homeland of India.  Bipin was a spiritual person and was devoted to religion, meditation, and yoga.  He was also a great cook, enjoyed playing music, and was an avid reader.  Bipin loved his wife Ratna and their three children unconditionally and always supported them as well as his family in India.

A funeral service is scheduled for 11:00 am on Friday, November 11 at Melrose Abbey Memorial Park & Mortuary in Anaheim, California.  Formal details and information to follow.  We hope that family and friends local to the area can join us in a celebration of Bipin’s life.

To send flowers to the family or plant a tree in memory of Bipin Engineer, please visit Tribute Store
Friday
11
November