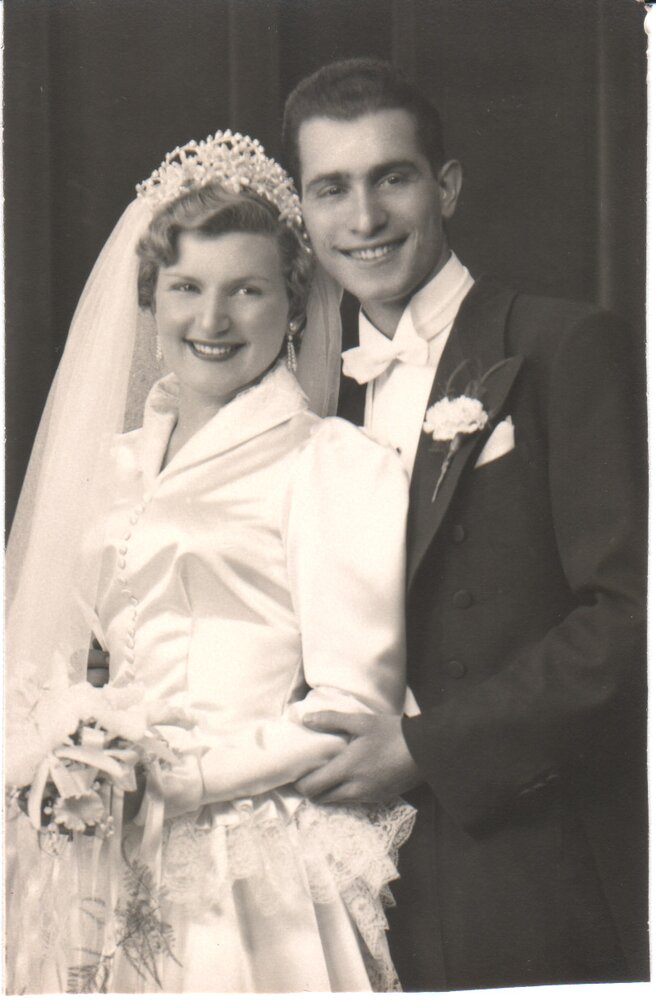 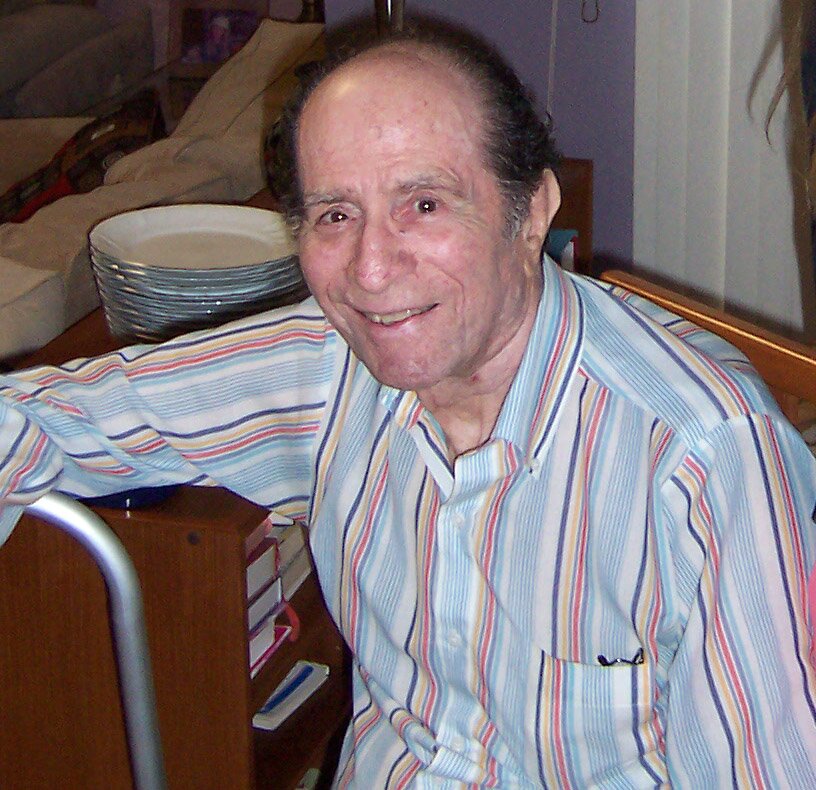 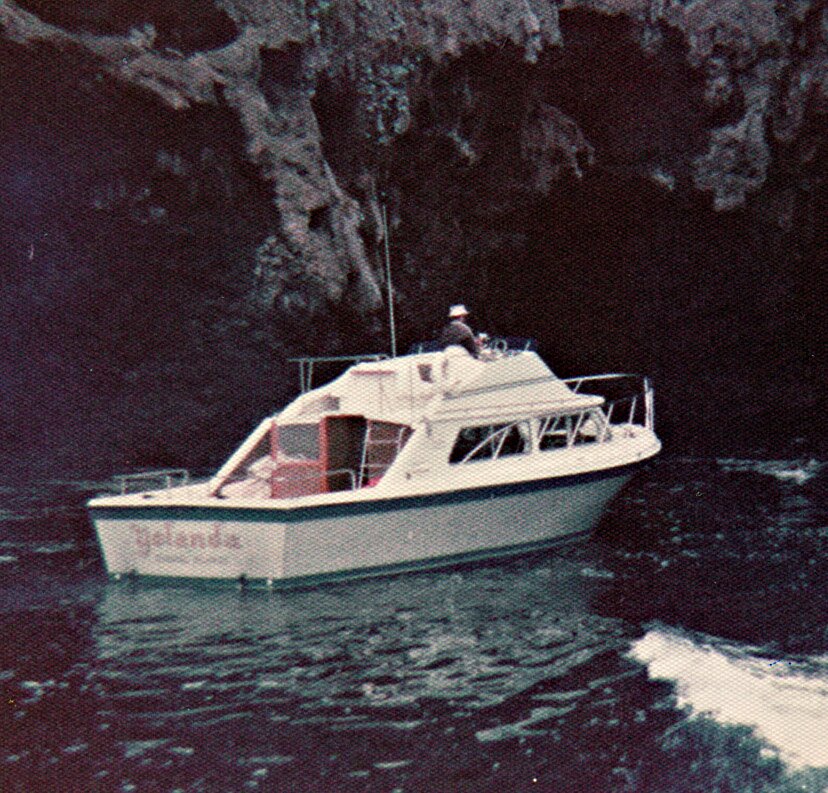 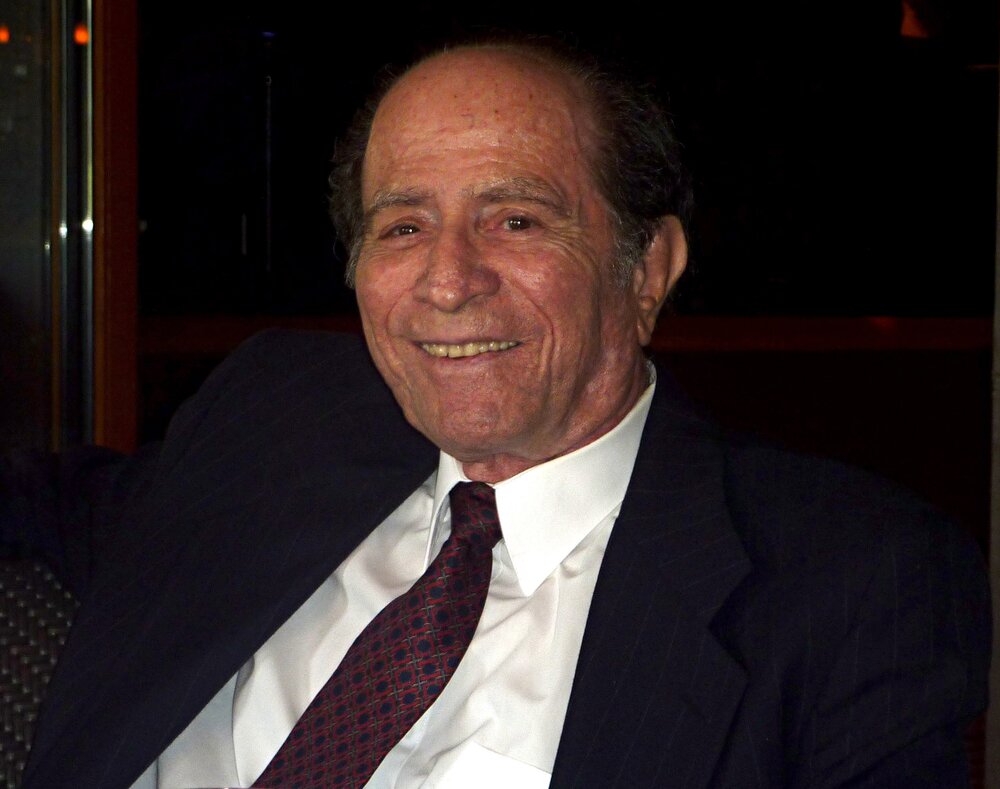 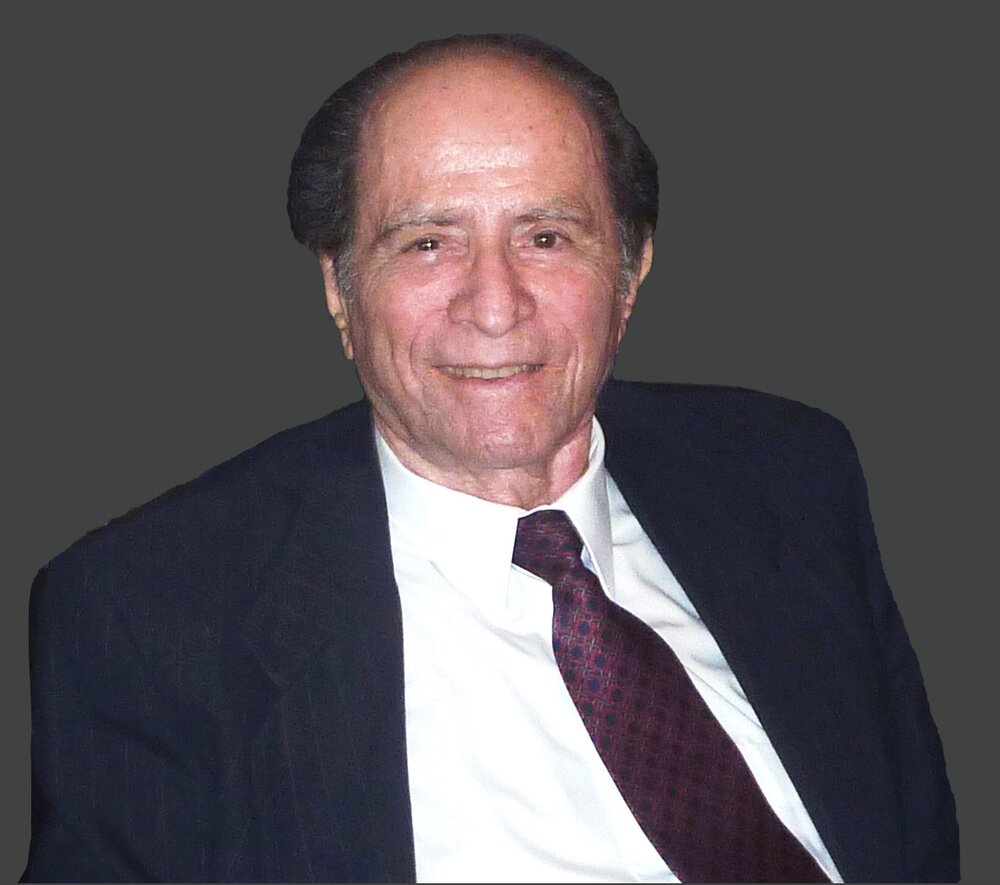 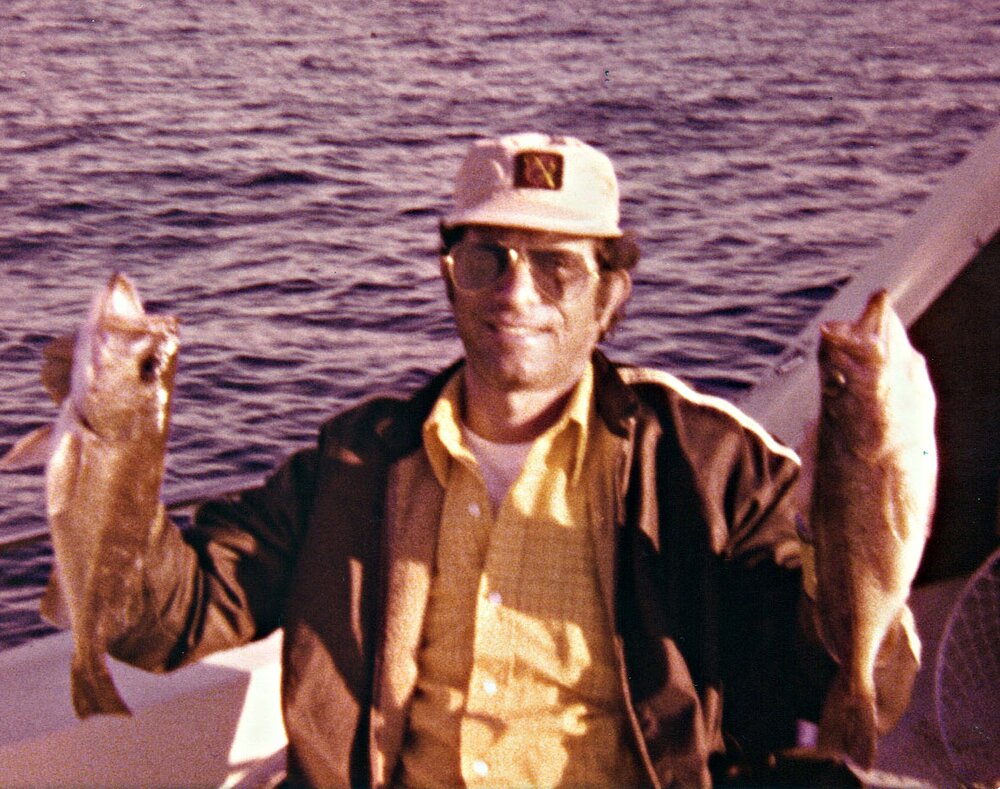 Please share a memory of Louis to include in a keepsake book for family and friends.
View Tribute Book

Louis Seidner, at 92 years of age, passed away peacefully on January 3rd, 2021, due to complications of COVID-19.  Louis was born on November 6th, 1928 at Beth Moses Hospital in Brooklyn, NY, to parents Bessie and Irving Seidner.   Louis is survived by his 3 sons, 6 grandchildren, and 5 great grandchildren.

Parents Bessie and Irving emigrated to the U.S., both entering via Ellis Island from Eastern Europe while in their early 20s, Bessie from White Russia, and Irving from Poland.  They met and married while in NY, and settled into Brooklyn, NY with Irving working in the garment industry. The surname Seidner originates from its German roots of Zeidner, associated with the dignified occupation of silk merchant.

As a child, Louis experienced the tumultuous years of the Great Depression as well as WWII.  Food on the table was scarce, but his dad Irving remained employed in the NY garment industry while his mom Bessie (maiden name Abel) remained as a home-maker.  To his closest friends and cousins, Louis went by the nickname “Leon”, with a given Hebrew name of Liebish. He also had a younger brother, Sidney (who sadly passed away at an early age of 49).

Louis grew up in Brooklyn and attended Samuel J. Tilden High School.   At the age of 18, Louis joined the Army to serve for almost 4 years during the pre-Korean War period, leaving the Military in 1950 to marry his sweetheart, Yola Shultz on March 10, 1950.  As a couple, they raised three boys; Kenneth, Daniel, and Gerald.

Dating back to 1958, Louis reported having a military-related disability, due to the extremely harsh Arctic weather he encountered while serving up north in the Yukon Territory, directly affecting his blood circulation in his right leg.  That disability would play a role on how Louis persevered throughout the rest of his life.

After his Army discharge, Louis continued with his education, first taking studies at Pratt Institute and then graduating from Hofstra College with an Engineering degree.  Louis began a career in the design and repair of electrical meters at Kollsman Instruments before moving on to specialize in the design of electric motors at IMC Magnetics in Valley Stream, NY. The young family settled into Long Island, starting out with their first home in Queens, then moving into North Bellmore, and finally into a brand new home in Merrick (located not far from the famous Jones Beach).

In 1963, Louis received a job offer to transfer to the San Fernando Valley in Southern California, working for Whittaker Corporation.   He settled into Woodland Hills, where the family resided for the next 15+ years.  Louis progressed through his career, eventually moving over to Vernitron in 1966 and a smaller company named Magtec in 1968, with his career now focusing on the development of motors for the US Space Program.  The highlight of his career was when his motor design was selected to be used in the Apollo Space program, eventually ending up in the space suits used by the first Astronauts to visit the Moon.

In the early years after their marriage, Louis and Yola followed traditional Jewish values associated with their extended New York-based family of close relatives.  Aside from observations of the traditional holidays, groups of the close knit families would enjoy their annual summer-time visits to the Catskills, staying at the family-owned Abel Cottages in upper state NY.   The Seidner family transition to California in 1963, with 3 young boys in tow, made it somewhat more challenging for all to continue with the path of observing their Jewish roots.  Having said that, the family enjoyed all that was to be discovered in in the Land of Sunshine and Palm Tree lined streets; summer trips to the beach, annual visits to Disneyland, and day trips driving through canyon roads and nearby valleys filled with orange groves. (Many years later, in the early 1970s, Louis, Yola, Daniel, and Gerald did partake in a final cross-country summer road-trip to, once again, revisit the Catskills).

In 1968, Louis fell into some serious health issues related to his military disability that unfortunately forced him into an early retirement.  His disability resulted in him losing his right leg in 1970, but Louis persevered to recover enough by 1973 to begin a new passion for ocean boating that lasted well into the 1990s.

Louis bought a 1974 Luhrs 32 ft Sport Fisher twin-diesel power boat that became his pride and joy.  That acquisition eventually led Louis to become an active member of the Valley Ho US Power Squadron, where he quickly moved up the ranks of Squadron leadership; he first held the position of Squadron Educational Officer, then moved up to Southwest District Educational officer, then to Squadron Commander, and onto the dignified position of Staff Commander to the US Power Squadron National Office.  Louis continued to remain engaged in boating up until 1996, when the Luhrs was ultimately sold.  Louis was especially proud of a historical article written about him in the US Power Squadron Monthly Newsletter in mid-2020.

The marriage of Louis and Yola was eventually dissolved in 1982.  Louis was on his own, still with a passion for boating, and he eventually remarried in 1990 to Maria Korda McDonald, residing in Oceanside, CA.  In the post-1982 years, Louis became a bit of a world traveler, visiting across much of Europe; Louis and Maria additionally spent several weeks in her homeland of Poland.  Sadly, Maria passed away in May 2007, and Louis was back again on his own.  Louis eventually sold the Oceanside home, and decided on taking up residence in a large two-bedroom apartment in the Laguna Woods Towers, where he remained generally happy and independent for many years up to his recent passing.

Louis lived a full life raising a family, providing for the family security and well-being, and watching his three sons grow into adults with families of their own.  Despite his disabilities, Louis was able to enjoy all that came with many years of his ocean boating interests, including his involvement in the US Power Squadron, and his many outings consisting of family trips of deep sea fishing near the Channel Islands, or perhaps overnight trips to Catalina.  Louis insisted on remaining an independent soul throughout his later years of life.  He might have become a bit immobile in his later years, but was satisfied with his lifestyle occupied with reading the daily newspaper, watching sports on cable TV, or binging on any Netflix shows that peaked his interest.  And if dinner delivered to his doorstep came in the form of the occasional Prime Rib or Filet Mignon, he would revel in happiness of being served a delicious meal. It was not just a full life, but for Louis, the quality of life he found to be adequately rewarding up to the end.

To send flowers to the family or plant a tree in memory of Louis Seidner, please visit Tribute Store
Online Memory & Photo Sharing Event
Online Event
About this Event

Look inside to read what others have shared
Family and friends are coming together online to create a special keepsake. Every memory left on the online obituary will be automatically included in this book.
View Tribute Book
Services for Louis Seidner
There are no events scheduled. You can still show your support by sending flowers directly to the family, or planting a memorial tree in memory of Louis Seidner.
Visit the Tribute Store

Share Your Memory of
Louis
Upload Your Memory View All Memories
Be the first to upload a memory!
Share A Memory
Send Flowers