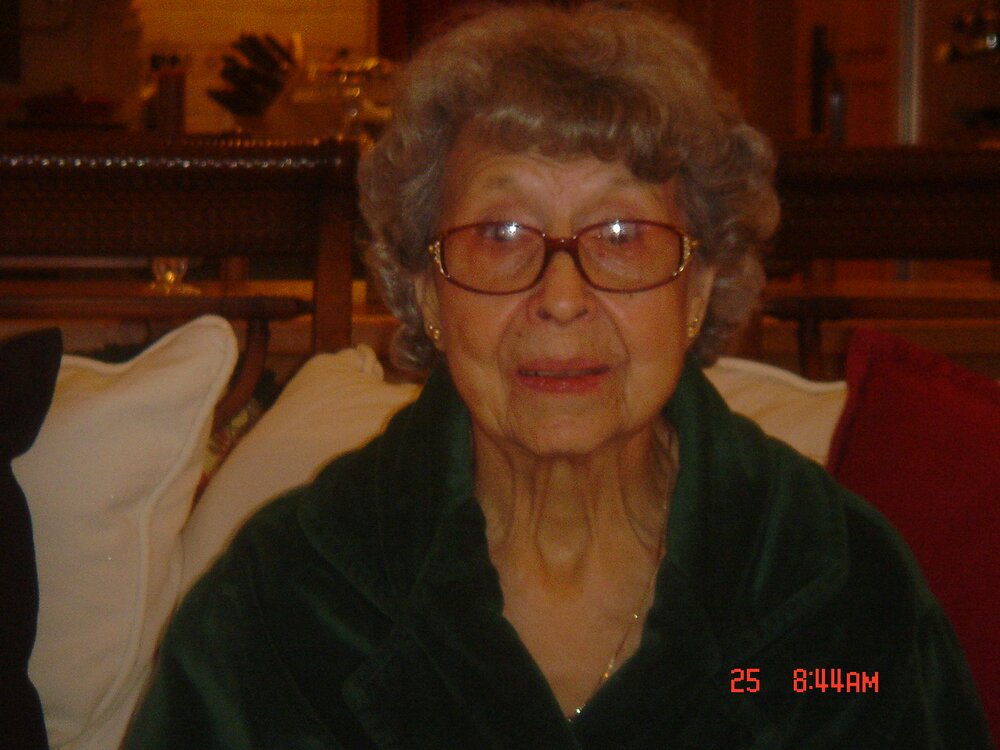 Please share a memory of Margaret to include in a keepsake book for family and friends.
View Tribute Book

Melrose Abbey Memorial is honored to serve the family and celebrate the life of Margaret Gonzales...

Margaret T. Gonzales passed away peacefully in her sleep on Friday, January 28, 2022, having just reached her 100th birthday. She was known as “Mimi”.  Born November 17, 1921, she was the only remaining sibling of a family of three long lived sisters and an older brother.  She married her husband, Richard, during WWII and had two sons, James and Donald and a daughter, Elizabeth.  She is survived by Donald, Betty and grandchildren Alisa, Colin, Michael, and Jeffery.

Mimi was born New Mexico. After marrying Richard moved to Lanham, Maryland, eventually settling in Sacramento, California. She had a long spanning career with a geology firm, an architectural firm, and California Public Employees until she retired in Sacramento in December 1994. She always spoke fondly of her co-workers.  Her husband preceded her in 1998. Margaret loved to travel. She traveled to Europe with her husband and then traveled extensively with her friend Betty Eberly.

Mimi was a strong woman, took care of her family.  She was a planner, loved to read and always learn new things.  She was vibrant and had a good sense of humor.  She enjoyed her food, wine, dancing, and tai-chi.  She also had a green thumb as proven by her many plants.  In 2005, Margaret moved to Palos Verdes, California to be near her son and lived independently until recently in 2016 when she moved in with her son Donald who cared for her until her passing.

To send flowers to the family or plant a tree in memory of Margaret Gonzales, please visit Tribute Store
Online Memory & Photo Sharing Event
Online Event
About this Event

Look inside to read what others have shared
Family and friends are coming together online to create a special keepsake. Every memory left on the online obituary will be automatically included in this book.
View Tribute Book
Services for Margaret Gonzales
There are no events scheduled. You can still show your support by sending flowers directly to the family, or planting a memorial tree in memory of Margaret Gonzales.
Visit the Tribute Store

Share Your Memory of
Margaret
Upload Your Memory View All Memories
Be the first to upload a memory!
Share A Memory
Send Flowers