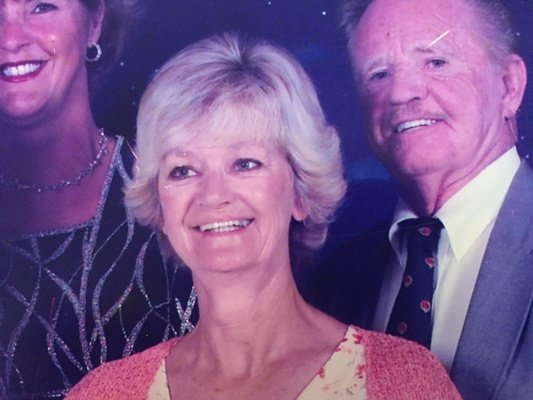 Please share a memory of Mary to include in a keepsake book for family and friends.
View Tribute Book
Mary (Myra) Morrison (nee Stuart) was born on August 1, 1944 in Port-Glasgow, Scotland (UK). She attended and graduated St. Columba High School and attended James Watt College before emigrating to the United States in 1962. She resided in Kearny New Jersey ‘till the late 1970’s where met and married James Morrison of Belfast Ireland. She and her husband migrated to California in the mid-1970’s. She lived in Downy for many years before re-locating to Trabuco Canyon then to Rancho Santa Margarita. While in California she was employed by State Farm Insurance Company in Irvine for 25 years. Myra loved to travel. She spent many vacations in Scotland Ireland and England as well as numerous locations in the United States. After retirement from State Farm in 2003 she volunteered at the Mission Viejo Animal Shelter and worked at a local food bank feeding the homeless. She was an avid golfer and enjoyed the reverie of her friends and family whom she loved dearly. Myra is greatly missed by her sister Ann Bradley and brother James Stuart and his wife Patricia and their children.
To send flowers to the family or plant a tree in memory of Mary Morrison, please visit Tribute Store
Online Memory & Photo Sharing Event
Online Event
About this Event

Look inside to read what others have shared
Family and friends are coming together online to create a special keepsake. Every memory left on the online obituary will be automatically included in this book.
View Tribute Book
Services for Mary Morrison
There are no events scheduled. You can still show your support by sending flowers directly to the family, or planting a memorial tree in memory of Mary Morrison.
Visit the Tribute Store

Share Your Memory of
Mary
Upload Your Memory View All Memories
Be the first to upload a memory!
Share A Memory
Send Flowers